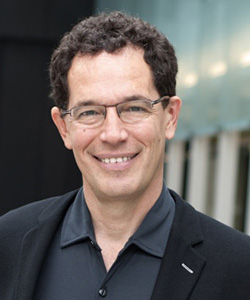 It’s time for Africa to produce the technology it needs, rather than being largely a consumer.

Angelina Lutambi was born into a peasant family in Tanzania’s Dodoma region, where HIV/AIDS has decimated much of the population. Her future could easily have been bleak – but Angelina had a keen aptitude for maths. She financed her own schooling by selling cold drinks with her siblings and was awarded a grant to study at the University of Dar Es Salaam.

In 2004 she went to the South African centre of the African Institute for Mathematical Sciences (AIMS). Since then, Angelina has obtained her PhD in epidemiology from the University of Basel in Switzerland.

Today Angelina is a senior research scientist at the Ifakara Health Institute in her native Tanzania. There, she devises mathematical, statistical and computational models to inform and advise public health decisions on HIV/AIDS, tuberculosis and other major diseases.

Africa has many other deep-rooted problems, including poverty, corruption and war. Could these also be tackled through the sort of work that Angelina and her colleagues are doing? Could Africa’s problems be solved through mathematical science?